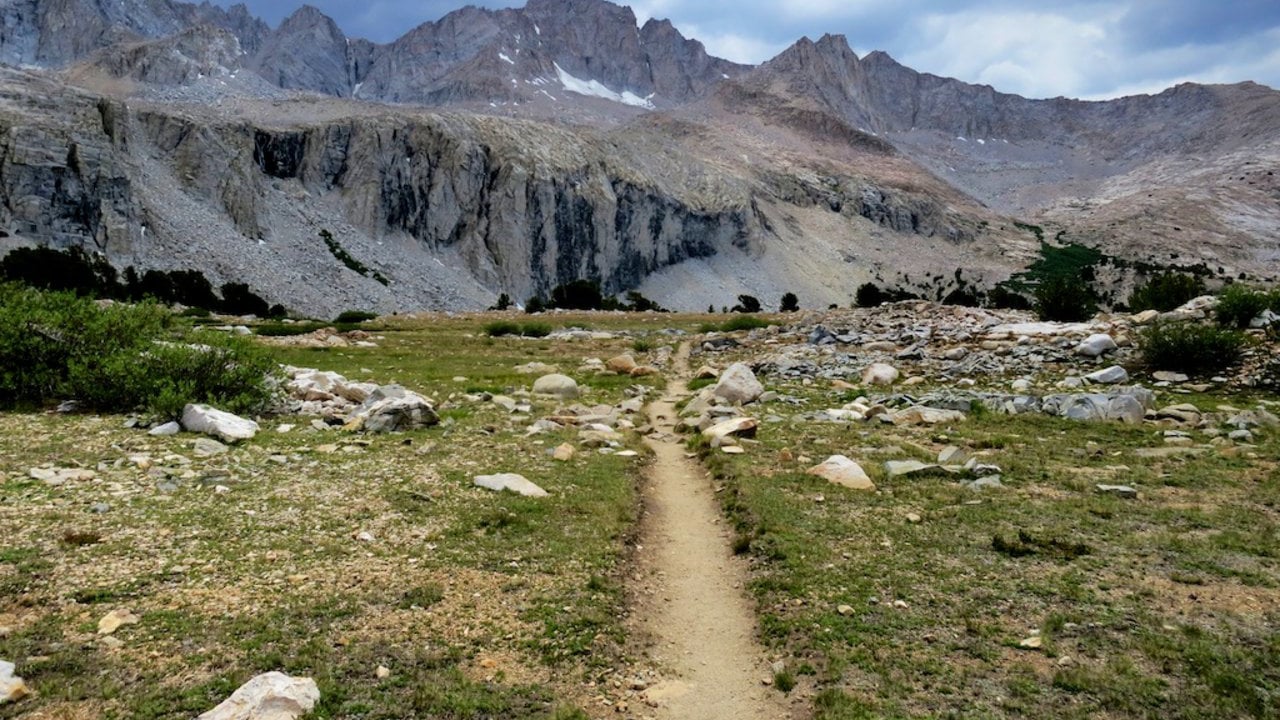 Hello everyone!
I’m writing to you from my tent at Boulder Oaks campground, a bit past mile 26 of the PCT.
Obligatory: Yay we’re here!! Wow!! I can’t believe this is really, finally happening!
Now that that’s out of the way, I wanna jot down a few things. I’m gonna try to keep this quick because it’s dark out, so it’s pretty much bedtime. We’re waking up at 5 and have a 14-mile, 3000 ft climb tomorrow. Woohoo!
First thing: it’s been amazingly beautiful here, already. I didn’t know what to expect, because people call this whole Southern California section of the trail ‘desert’, but also it’s California, so it can’t really just be flat and dry and desolate, can it? I was pretty correct about that – it’s been hilly, even mountainous-feeling, with surprisingly proliferous and diverse foliage. The trail itself has been at time sandy, at other times rocky, and sometimes just hard dirt, and it has been weaving up, down and around hills, valleys, and rock formations. It’s been wonderful, and breathtaking.
I also have to say it was pretty surreal, at first, to finally be here. We’ve been planning this trip for a year and a half, so it’s a bit strange to transition from thinking about it to actually just doing it. On the way to the trailhead, when we were maybe 30 minutes from Campo, I became actually overwhelmed with emotion. I was totally nervous, all of a sudden, was the main thing. I was also excited, so the nervousness and excitement together was just a big buzzing energy in my body. It was so weird. Then we were driving on a dirt road and we could see the wall of the border (it’s plenty big already, so I’m not sure what D. Trump’s point about building a wall is anyway, when we already have one) and there were border patrol cars and helicopters, and then the road got really bumpy, and then we were at the trailhead. That was probably a pretty boring play-by-play, but for me as it was happening it felt intense, fast and emotional.
All of yesterday we were making comments to each other on the trail like “I can’t believe we’re here now, this is so weird.” To be honest though, the weirdness dissipated quickly for me. Pretty much immediately I fell into the flow, and right now I think I’m sort of seeing my immediate situation as just being another backpacking trip. That’s actually what it is though; a thru-hike is just a series of shorter backpacking trips. Duncan was talking to us last night about how he couldn’t quite wrap his head around the length of this hike, that 5 months is just a long chunk of time – it’s longer than a season and longer than a school semester – but right now I don’t feel concerned about that. I’m here to live one day at a time.
Speaking of which, I had an awesome moment this morning, maybe an hour into our hike. It wasn’t hot out yet, my whole body felt wonderful, we were moving quickly on the trail and it was absolutely, stunningly beautiful out – I felt a surge of joy and thought, “It feels like the beginning of the best day ever.” And that could be every day!! Waking up somewhere beautiful and hiking. Wow.

I’m gonna sign off now, but sending love and fresh air to you all 🙂